“Both appointees are Jewish, but while Emanuel is an observant Jew, Klain intermarried more than 20 years ago and his family observes Christmas.” 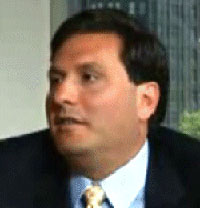 This is the kind of careless comment, typical of Israeli journalists, that buys into the mistaken notion that a Jew who intermarries and whose family participates in Christmas celebrations is lost to Jewish life.

The author, Tzvi Ben Gedalyahu, could have said: “Both appointees are Jewish. Emanuel is a traditionally observant Jew. Klain intermarried more than 20 years ago and his family observes Christmas, but he and his wife raised their children as Jews.”

The author knows this, because buried at the end of the article, he cites a New York Times article which states: “He is married to a non-Jew with an agreement that they celebrate Christmas but raise their children as Jews.”

For all we know, Klain and his family belong to a synagogue and send their children to Hebrew school. Their children may already have become, or plan to become, bar or bat mitzvah.

There are thousands and thousands of intermarried parents like that — who participate in Christmas celebrations and who are raising their children as Jews. Many of them belong to synagogues, send their children to Hebrew school, and have bar and bat mitzvahs, at rates comparable to Reform in-married parents, as Boston’s most recent demographic study reports.

At InterfaithFamily.com we are completing our fifth annual December holidays survey. Thousands of respondents over the years have told us that their Christmas celebration has no religious meaning for them, that it is a way of respecting the tradition of the non-Jewish parent without compromising the Jewish identity of their children. Jewish people celebrate Christmas with Christian friends and relatives as a gesture of connection, not denial of Jewish identity.

The Jewish community ought to be just as proud of the appointment of Klain as it is of Emanuel, and not create artificial distance between Klain and the community because of his marriage.